The Milwaukee Branch of AAUW came into life in March of 1894, twelve years after the national organization was founded.  Its eight founders all held college degrees, a prerequisite for membership and a rarity at the time.   Even more unusual, three had received master’s degrees. In fact, their accomplishments were so rare and controversial that the women were known to joke among themselves that they had all survived the “hazards of a college education without losing their health or femininity.”

No problem received more attention than the paucity of educational opportunities for women, and the AAUW addressed it through a combination of advocacy and direct support.  The Milwaukee Branch began to earmark funds for college scholarships in 1898—the first installment in a record of giving that now exceeds $1.25 million and continues to grow.

Although the Milwaukee Branch was established to support women in education, the organization quickly became something more:  a club that provided a social, cultural, and educational outlet for its own members.  It sponsored classes, lectures, trips, and study groups, adding substance to the more customary fare of tea parties and bridge tournaments.

Such a high level of activity required a clubhouse, and the group has occupied a succession of landmark structures in Milwaukee’s Yankee Hill neighborhood.  Some of the buildings were used for safe and affordable housing for young working women.

The Milwaukee Branch is currently headquartered in the Astor Hotel, another Yankee Hill landmark located only three blocks from the club’s first home on East Wells Street.

The Milwaukee branch AAUW has a compelling story to tell, and Priscilla Pardini, a veteran education reporter, tells it with clarity, style and impeccable attention to detail in WOMEN MAKING A DIFFERENCE: AMERICA ASSOCIATION OF UNIVERSITY WOMEN IN MILWAUKEE – 1894-2012.

You will find in these pages fascinating profiles of the redoubtable Victorians who established the local branch, a full account of the group’s programs and priorities as they evolved over the decades and a complete chronicle of the club’s life in its several locations–all set against the background of national developments in education and public policy. Like all good histories, WOMEN MAKING A DIFFERENCE gives its readers the pleasurable sensation of time travel. 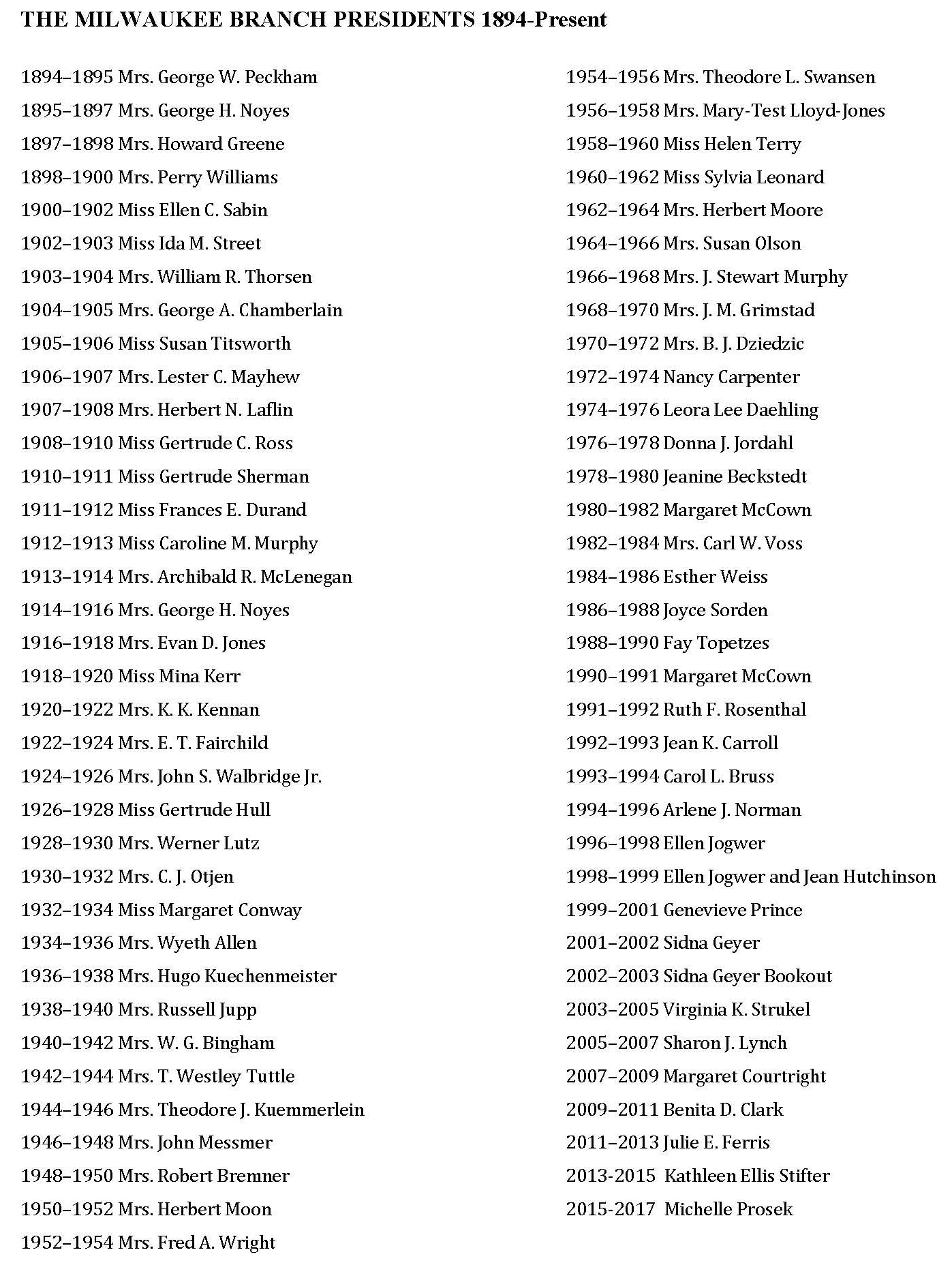 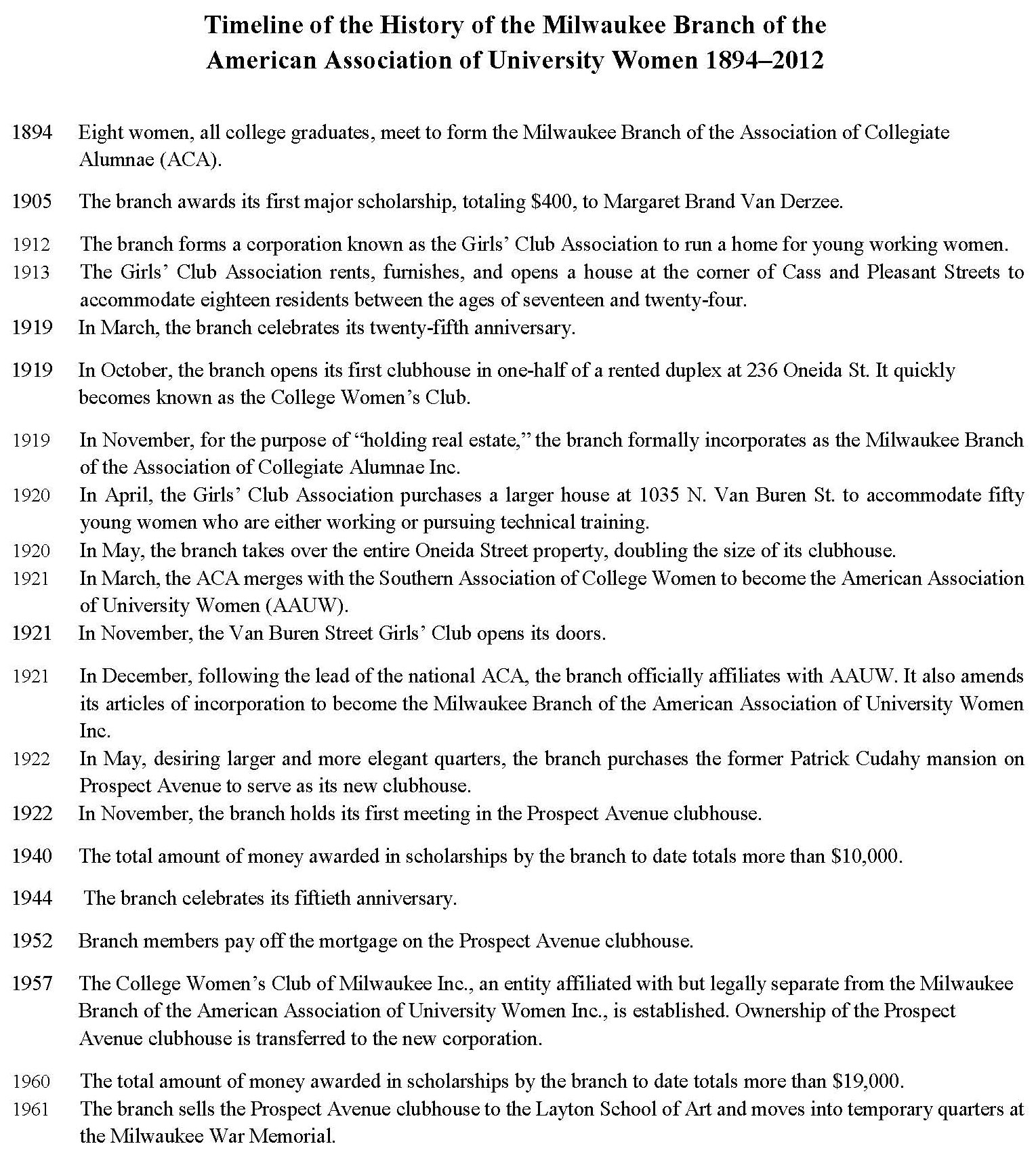 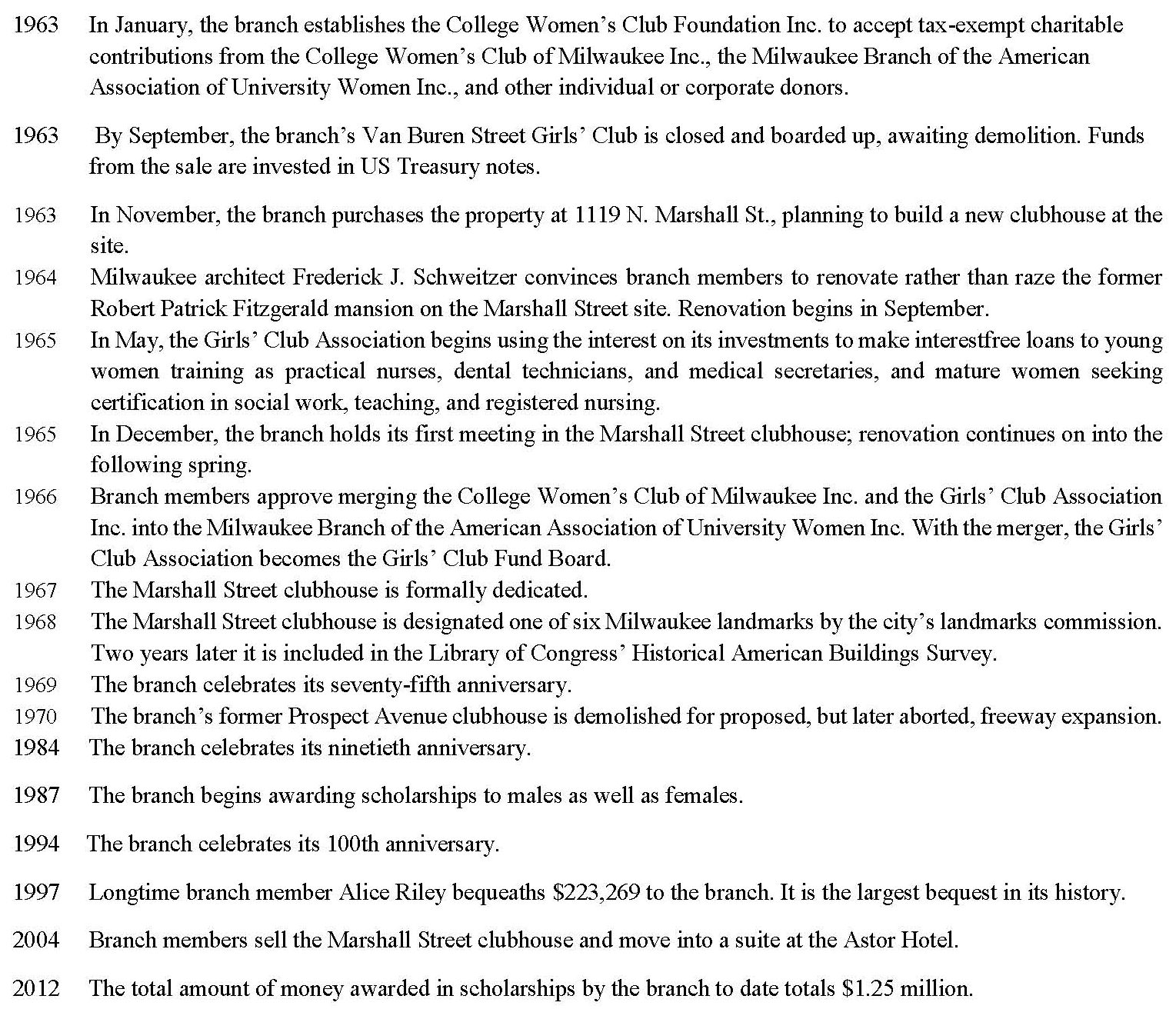